Leigh Edward, General Manager for Ferndale Confectionery and The So Soft Marshmallow Co. , says he is  incredibly pleased with the performance of their new marshmallow brand.

The So Soft Marshmallow Co., a family owned confectionery business, was formed in early 2018, launching their range of marshmallow products to the market last September. In the space of 10 short months the business has gone on to achieve a whopping 24 per cent market share of the marshmallow category in major grocery accounts.

The business invested over $8 million in a purpose built facility in Ballarat, Victoria to produce soft, air puffed marshmallows to supply the Australian market. Mr Edward states that it was a significant opportunity because prior to their launch, there was only one main brand available.

Marshmallows in the confectionery category of supermarkets are generally a planned purchase. Consumers are buying marshmallows to use as an ingredient in a recipe, an addition to hot chocolate or a family camping outing.

“Whilst some may be purchased on impulse, the majority will be a planned purchase, forming part of the shopping list” said Mr Edward.

“Generally, the only thing of impulse is whether to buy one brand of marshmallow over another, which is even more true when new products appear on the shelf, which goes back to the marketing of the product.”

“Therefore, The So Soft Marshmallow Co. focuses on winning customers over before they get to the supermarket and influences trial via social media, websites and brand advertising.”

He emphasises that his strategy is working even though So Soft Marshmallows are a lesser- known brand. The companies sales and market share attest to the fact that consumers are listening, especially given that the brand has only been available for less than 12 months.

With the exception of marshmallows of course, consumers are faced with significantly more confectionery options in supermarkets than convenience channels, says Mr Edward.

These days, consumers are not as brand loyal as they once were but are happy to browse between brands and often purchase confectionery when it’s on special.

This poses a special challenge to manufacturers in terms of maintaining brand loyalty and strong baseline sales.

“We manage this challenge by ensuring we have every day offers that offer consumers outstanding quality while also being great value,” Mr Edward said.

“I think it’s important that we don’t train people too much to shop for products on promotion – we really need to get away from doing that. Instead of promotions being week on week off, it would be better if the promotional program varied somewhat and bigger and better promotions, less often, became the order of the day.”

“Focusing on key events, partnering with complimentary brands and driving sales via clever marketing activations that showcase the brand is certainly more sustainable than the traditional deep price cutting strategies that we are used to”

Retailers also have to keep in mind that customers are very price conscious in supermarkets in a way they’re not in convenience stores, while buying on impulse in both.

“What consumers could not stomach paying in a grocery environment they will happily pay in a convenience channel such as a pack of sweets costing $4.95 that would only be on the cards on promotion in a supermarket.”

Mr Edward says experiential marketing is of critical importance for new products that offer a point of difference as consumers are often loath to make changes if they’ve been purchasing a product for many years.

“To buy something new is a big decision and a risk- they don’t want to get home and be disappointed once they try it out,” he said.

“Experiential marketing such as sampling a product eliminates the risk at the point of purchase and therefore customers are very happy to part with their money.”

Consumers are becoming very health conscious in terms of sugar intake and dental hygiene on items of confectionery that have a high consumption rate, and this is making its impact felt when it comes to the purchase of gum and mints, says Mr Edward.

It’s especially making its impact felt in terms of NPD. “As a manufacturer, we take special cognisance of these trends and make sure we are catering to them,” he said

“We already show our awareness because our products are predominantly sugar-free and focused on dental health.”

Ferndale Confectionery’s JOLS sugar-free pastilles are endorsed by the Swiss Dental Foundation, which Mr Edward says is noted and appreciated by consumers. He underscores that retailers would maximise their sales in the gum and roll pack category if manufacturers ensure their products meet trends and are in demand. And because the company’s JILA mints and JOLS pastilles meet trends and are in demand, he feels their future is particularly bright.

“They are in fact 25 years ahead of their time because they’ve always catered to health by being sugar and fat-free since inception.”

The JOLS brand has enjoyed 28 per cent growth over the last 12 months, due to a brand relaunch, a national advertising campaign and because retailers provided the product with better locations and more promotional opportunities in terms of location, positioning and exposure.

“When retailers offer consumers products that are on trend and in demand, they can achieve incremental sales, and not just with new products. They did this with JOLS at a mature stage of its lifecycle over perceived market leaders,” said Mr Edward.

As printed in RETAIL WORLD, AUGUST 2019.

Maintaining the Sweet Spot.2019-09-122019-09-12https://ferndaleconfectionery.com.au/wp-content/uploads/2021/08/ferndale-foods-australia_white-and-green_logo-01.pngFerndalehttps://ferndaleconfectionery.com.au/wp-content/uploads/2019/09/web-image.png200px200px
Recent Posts
Our Products
Our Products
Connect with us on Facebook
Copyright All Rights Reserved © 2015 - Website by Small Dog Design 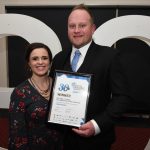 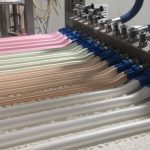