Ballarat businesses have prepared for an economic boom after tariffs were slashed for exports to three Asian countries.

Free Trade Agreements with China, South Korea and Japan have made exporting to those countries cheaper for a range of Ballarat industries.

Ferndale Confectionery General Manager Leigh Edward said the removal of tariffs had allowed his company to expand its market and create more jobs.

“Our export trade was six per cent of our business before the China Free Trade Agreement,” he said.

“We currently employ 35 workers, but anticipate by Christmas next year that number will rise to 50.”

The slashing of tariffs to Asia has allowed businesses to compete with the cheaper products made in China, South Korea and Japan.

It followed a number of job losses in Ballarat due to the closure of Olivers Footwear, the loss of Armaguard jobs and Ballarat Window and Doors’ liquidation.

“It had become really difficult for us to grow our business domestically, so we had to look at the overseas market.

Ballarat businesses met with federal government MPs and the Foreign Affairs and Trade Department to discuss how to take advantage of the new laws.

The meeting at Craig’s Hotel on Lydiard Street included agricultural, manufacturing, and food and drink companies.

Assistant Trade, Tourism and Investment Minister Keith Pitt said it was important exporters understood how to take advantage of the new trade agreements.

“The certificate of origin, they have to send it the government to get the tariff reduction,” he said.

“Tariffs in China started at 12 per cent, they have come down to four per cent and will soon be zero.

“There is hardly any industry that is not benefiting. Ballarat’s history as a mining centre, its solid agricultural base, manufacturing and traditional service industries all present a myriad of export opportunities.”

“(This agreement) has secured unprecedented access to more than a billion potential customers for Australian goods and services.”

People at the meeting also received advice from TradeStart, AusIndustry, and the Export Finance and Insurance Corporation. 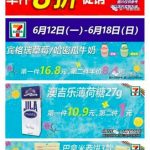 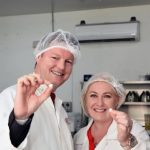