SEBASTOPOL Primary School pupils donned white lab coats and hair nets on Friday to learn about the world of work.

The grade 6 pupils went on an industry tour at Ferndale Confectionary in Delacombe as part of a Regional Development Victoria pilot program to introduce children to the engineering and manufacturing industry.

“It’s highlighted the fact that it’s worthwhile to read and do maths.”

Highlands Local Learning and Employment Network (HLLEN) executive officer Jannine Bennett said it was never too early to start speaking to children about their career options.

“We have talked about different jobs and careers in manufacturing,” Ms Bennett said.

Beaufort Primary School pupils were also involved in the pilot program and went on an industry tour at Gason in Ararat. 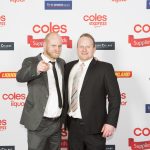 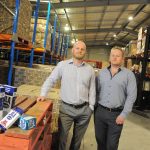