Last night at the Melbourne Convention & Exhibition Centre, COLES Supermarkets bought together there most valued supply partners from all across Australia to recognize suppliers who have provided outstanding contributions to the retailer during the past 12 months. Ferndale Confectionery was invited to attend the evening after an outstanding 12 months with COLES, recording double digit growth, ahead of the category average.  After the more formal part of the evening, the mid year business update, suppliers were invited to attend the Gala Dinner, where guests were entertained by Jessica Mauboy and her band.

Coles’ also announced a $1.16 million investment in three agricultural operators is part of a broader push to capitalise on shopper demand for local produce and accelerate the rise of second-tier operators in the competitive fresh produce segment.

Coles has invested $260,000 in the Westerway Raspberry Farm in Tasmania, $400,000 in Queensland-based Moonrocks garlic and $500,000 in the Yarranabee quinoa crop from Western Australia through its recently created Nurture Fund.

Set up in April, the $50 million fund has been established to “support small businesses in the food and grocery sector”. 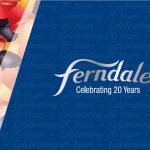 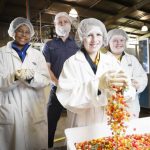 Ferndale encourages a career in manufacturing.News