China’s economic growth in the last three decades has dramatically transformed the nation’s economic landscape, removing 500 million people from poverty. This progress, however, has been accompanied by an increase in some diseases –such as diabetes– notably associated with increased urbanization and changed lifestyles. Twenty-five years ago, the number of people with diabetes in China was less than one percent. Today, China has more than 114 million people suffering from the disease, the highest number of any country in the world.

It is estimated that 11.6 percent of Chinese adults have diabetes, a proportion higher than the U.S. with 11.3 percent. Experts blame the increase in sedentary lifestyles, high consumption of sugary and high-calorie Western diets, excessive smoking and lack of exercise. According to some experts, India and China will have an increase of an additional 48.5m people with diabetes between 2007 and 2025.

Ferndale Confectionery’s founder, Mr. Bruce Edward has a solid understanding of diabetes, with several family members suffering from the disease.

This became one of the main drivers in establishing Ferndale 21 years ago. Bruce set out to develop confectionery products that offered consumers a healthier alternative. Sugar Free & Fat Free, able to be enjoyed by consumers who suffer from diabetes was a key aim. Many of Ferndale’s products contain zero fat, low  calories, and are sugar free. Consumption of these products will cause only small rises in blood glucose levels, therefore acceptable for diabetics to consume.

Ferndale’s products have been enjoyed by diabetics & health conscious consumers in Australia for over 20 years, but only recently has Ferndale broken into the Chinese market.

One major Chinese retailer stated that ‘these product’s are not only needed by the Chinese people, but ready made for our market.’

It is for these reasons that Ferndale is now experiencing a significant demand from China, and the products are now becoming available in retailers all across the country. ‘Confectionery that can be enjoyed without the guilt is something that the Chinese consumers are really beginning to embrace’ stated Ferndale’s Sales and Marketing Director, Leigh Edward.

‘We are focusing on one city at a time. We started with a sensational partner in Beijing, and we will continue to roll our products across the country, one city at a time to ensure we manage our growth and remain in control at all times. 2016 is going to be a big year for Ferndale in China,’  concluded Leigh.

Leigh will spend time on the ground in April meeting with the major eCommerce groups and will return to Shanghai in May for SIAL 2016. 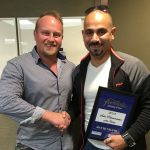