Sphere Founder and Executive Creative Director, Michael Abdul, said, “Jols is all about bringing a little bit of sweetness into your life. The Jols Van is the perfect way to share the guilt-free fun of Jols with the public in an engaging and highly visible way.”
Leigh Edward, General Manager of Sales and Marketing at Ferndale Confectionary, added, “The Jols Van is more than just a moving billboard. It’s an opportunity for the brand to be where our consumers are and create a real sense of excitement around Jols.”

The van is travelling throughout popular hotspots across Victoria, sharing their location with the public through Facebook and Instagram using #mypetitesweet.

The Sphere Agency is a full service strategic and creative agency based in Melbourne.

Sphere brings the party to the streets with sweet Jols ride2015-01-022015-03-24https://ferndaleconfectionery.com.au/wp-content/uploads/2021/08/ferndale-foods-australia_white-and-green_logo-01.pngFerndalehttps://ferndaleconfectionery.com.au/wp-content/uploads/2015/03/IMG_2533.png200px200px
Recent Posts
Our Products
Our Products
Copyright All Rights Reserved © 2015 - Website by Small Dog Design 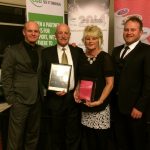 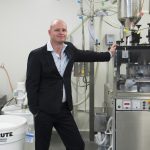